Posted on January 3, 2008 by TheSmirkingCat 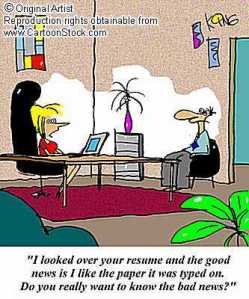 Finally! I start a new job on Monday morning, and if you have ever worked somewhere that required an inordinate amount of time on the phone dealing with customers, you will breathe a sigh of relief with me (*ahhhhh…*) Not being the most sociable of sorts, or even marginally, my last job was a blood-sucking drain that fed on my will to live most days. I worked with a headset attached to my ear like a robotic growth, answering inane questions from inerudite dunderheads who were fundamentally incapable of getting to the point or formulating a coherent utterance.

One conversation in particular led to the fateful day I reached up and, at last, snapped off that headset for good. A woman called in a maintenance request for her company, and one of my rote, by-the-book questions was the hours of the business.

I asked her what the site hours were, and she seemed bewildered by the question, mumbling feebly, “It’s an old post office.” Ahh, that explains everything! Say no more!

I assumed she did not comprehend the question, so I graciously re-worded it: “During what hours may a technician access the site?”

She blew out a long, ugly sigh and repeated in an impatient tone, “It’s an old post office.”

Her response still making absolutely no sense to anyone with a synapse, I re-worded yet again: “OK. What time of day can the technician show up and have someone meet him there?”

Ah, yes, the old post office code of conduct! We are all familiar with that if we are in the know…what the….? Do old converted post offices have standard business hours that every person on the planet has etched permanently in their brains, besides me, of course, despite the fact that the said business is no longer a post office? And after a question is repeated 3 times, does belching forth the exact same response truly strike anyone with a thread of common sense as helpful and anything but angst-producing?

I told her I have no idea what the certified business hours of old post offices are, and that if she wanted a technician to show up at a productive time, she needed to cough up some business hours that made sense. She was still huffing and puffing like a dust storm, and I had some choice words and adjectives when I hung up. I taunted the conversation to several people (yes, we make fun of you if you are an idiot on the phone, so consider yourself warned), and no one was clued in to these old post office hours, so I suppose we need a public service announcement to rectify that quandary.

Before we hung up, she asked what day a technician would be there. I wanted to sigh irritably and snap, “Well, it’s an old post office!” and let her figure it out from there, but instead I laughed to myself, had clemency on her soul, and chalked her up as another “So-I-talked-to-this-complete-moron-today” story to share later.

In case you can’t tell, I’m very excited to ditch the phone in the new job. New year, new job, things are on a roll already…except my hockey team, of course, but I have maturely grown to accept that my team really, really bites.

I am endlessly trying to make sense of a world that has completely and unapologetically lost its mind.
View all posts by TheSmirkingCat →
This entry was posted in customer service jobs suck, new job. Bookmark the permalink.