Posted on October 4, 2009 by TheSmirkingCat 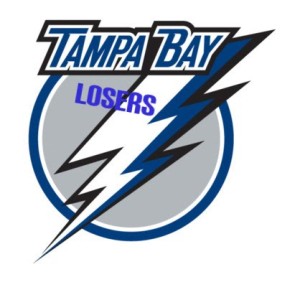 For months, I have been eagerly counting down the days to the opening night of my beloved hockey season. I started with “Three months to the Lightning’s first game….two months and twenty-nine days to the Lightning’s first game…” and so on. And so on. Anyone who really knows me, knows how relentlessly I can talk about hockey when I get into that mood. What can I say, it’s part of my charm.

And last night, finally, the Lightning played the Thrashers in their opening game after a somewhat-promising pre-season handful of games. “Somewhat-promising” because for a change, they weren’t shut out in each and every game, so I held onto hope they weren’t going to completely, absolutely, dismally suck this season.

Here’s a witty quote from Marty St. Louis after the game, qualifying as the massive understatement of the year:
“Obviously, we were expecting a better result.”
Um, you think?

Better than handing the opposing team a 3-0 lead before you discovered the little black slippery thing on the ice was a puck and that the sole purpose of your employment is to put that puck into the other net, hence causing a sensation we hockey-ites refer to as “scoring”?

I swore. I cried. I buried my face in agony and shame. I uttered things like “Stop passing to the other team, you nitwit!” and “Can you hit the broad side of a barn with that thing, for crying out loud?” before finally dwindling to weak, pitiful moans and sobs, a twitch here and there as I fought to sustain my will to live.

*Photo courtesy of: me, in an angst-filled rage*

I am endlessly trying to make sense of a world that has completely and unapologetically lost its mind.
View all posts by TheSmirkingCat →
This entry was posted in hockey, my team sucks, Tampa Bay Lightning. Bookmark the permalink.