Posted on October 22, 2012 by TheSmirkingCat 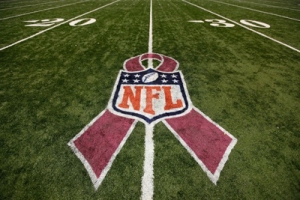 It took over six years, but Gary finally did it: he somehow got this hockey-loving woman into watching football.  The silly NHL lockout certainly helps, since there is nothing else to watch right now.

I took a liking to the Baltimore Ravens while watching a game a few weeks ago.  It seemed like a fight or skirmish broke out at the end of every play, and I thought happily, “Hey, this is kind of like hockey.”  Or as Gary says, a fight where a hockey game breaks out.  I hadn’t seen the Ravens play again until yesterday, and I settled in, hoping for an exciting and aggressive game against Houston.  If you witnessed that particular slaughter, then you already know how pitifully and wretchedly that went down.  A score of 43-13 says it all, I believe, with the Ravens mercilessly pounded into the ground like roadkill.

I still have a soft spot for the Pittsburgh Steelers, since I grew up watching my brothers shout obnoxiously at the TV while the Steelers played.  Ahh, memories.  It was a nostalgic moment when I shouted at the TV for the first time during a football game last night, after watching the Steelers drop or miss the ball time after time in the first quarter against the Bengals.  Remind me again how much these fellows get paid to catch a football?  They managed to drag their heads out of their asses and win the game, but it was a sloppy and shaky win.

All in all, it takes some getting used to watching a game that does not involve ice, pucks, checking, or face-offs.  And I still don’t understand why players who know they are going to spend an inordinate amount of time on the dirty ground insist on wearing white pants.  But despite such mysteries, I am really starting to get into football.

Keep arguing over money, hockey players, as long as you like.  I’m good.

I am endlessly trying to make sense of a world that has completely and unapologetically lost its mind.
View all posts by TheSmirkingCat →
This entry was posted in football, Gary, NHL, Pittsburgh Steelers, sports and tagged Baltimore Ravens. Bookmark the permalink.

3 Responses to Ravens, Steelers, Oh My!