Guess Who’s In the Playoffs?

Posted on June 2, 2015 by TheSmirkingCat 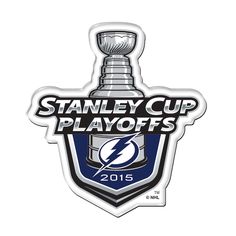 It’s been a while since I have written here, but did you really think I was going to let the Stanley Cup Finals commence without a post from me?  Come on, now!  You should know me better than that.

I have been a Tampa Bay Lightning fan since before the Stanley Cup win in 2004, when the city of Tampa woke up and realized they even had a hockey team in their midst.  I lived there at the time, and it went from a nearly empty arena to a full house that season, most people decked out in their brand new hockey jerseys. I yelled myself hoarse at those games, and all I talked about, non-stop, was hockey, hockey stats, the next hockey game.  If you didn’t like hockey, well, chances are we didn’t interact much.

I was stuck listening to that final Stanley Cup game on the radio because I didn’t have cable.  When Tampa won, I cheered and screamed so long and loud, I was surprised the neighbors didn’t call the cops to attend to the apparent brutal murder happening in my apartment.  To say I was happy would be a massive understatement.

Ever since then, I’ve watched my team stumble through atrocious seasons, burn through coaches and firings and turnover of owners, and the team all but forget how to play the game of hockey.  I watched them either not even make the play-offs or get abruptly eliminated in the first round.  I had all but given up on ever seeing my team in the playoffs again.

I just so happen to hate the Detroit Red Wings, and I hate the Canadiens even more, so the Lightning eliminating both of them this season was delightful.  I didn’t think they’d make it past New York, but they squeaked by.  I’m thrilled that the Lightning are finally, finally appearing in playoff finals again.

It’s been a long time.  I would be a liar if I said it doesn’t matter to me if they take the Cup home or not.  Of course it matters. But even if that doesn’t happen (heaven forbid), damn, it’s good to have a hockey team back again!

I am endlessly trying to make sense of a world that has completely and unapologetically lost its mind.
View all posts by TheSmirkingCat →
This entry was posted in hockey, NHL play-offs, Stanley Cup, Tampa Bay Lightning. Bookmark the permalink.

1 Response to Guess Who’s In the Playoffs?